Shortly after writing my First Verdict on Dagashi Kashi (Season 1) I decided to continue it so I could see the conclusion to the first season. By Bittersweet I don’t mean the ending itself was bittersweet, but rather I wanted more of it so it left me with a bittersweet feeling of satisfaction yet yearning for more. So yeah, the more I watched this show the more it grew on me in almost every aspect. From the music to the characters to the setting, everything got better as it went on.

The story remained the same for the most part, no dramatic events occurred and no major changes were made throughout. That said, the episodes themselves became more memorable as it went on as well. My favourite episode of the entire series is episode 10, it was the first episode that frankly had me laughing non stop throughout. That said, the rest of the episodes are all a blast with how funny they are.

With every episode, every character became even better. Hotaru remained her quirky self, her jokes becoming more intense and many of her interactions with the characters were just plain enjoyable to watch. Saya also became much better for me, her interest in Kokanatsu becoming more prominent and a treat to watch. She really is a heartfelt character and seems like the kind of person anyone can be friends with, and that’s a great quality for a character to possess. To remains essentially the same, I have no opinion of him he’s just kinda there most of the time, still fun though. Yo got less screen time as the story went on, but the scene he was in were all hilarious, he really steals the show for me, but they sprinkled in a scene with him that was really heartfelt and created a really sweet message about the social impact of Dagashi. Kokanatsu doesn’t change that much, but he is showing inklings of feelings towards Hotaru and shows genuine concern for her in episode 10, which is why its one of my favorite episodes. My only problem is that he really needs to show some growth, right not he remains practically unchanged from the first episode. This cast saw a definite improvement as the series progressed, their interactions were excellent to watch.

In terms of additional things about the show, I liked the candy facts still. They were executed in the same manner as previous facts but were still fun to learn. The joke setup was the same as it always was, having non-sequiturs building up to a punchline involving candy, this does get stale but is still funny since you wonder ‘what candy is Hotaru going to whip out now?’ Also while I said in the First Verdict of this show that I wasn’t too bothered with the Opening theme, it can safely at now that tune is like a Tick. Meaning you can’t get it out of your head and it grows on you really, really fast, hopefully this song can’t give me Lyme Disease. Seriously, I can’t stop listening to the opening, the song just became so catchy to me that I never skipped it. The ending is just as good to me know as it was before, never skipping it based purely on the Alice in Wounderland images throughout it. In terms of what I want from the second series, I would love to see Hotaru and Kokanatsu’s relationship develop, not into the realms of love, but just as friends and comrades. I also hope for better joke set-up and perhaps a shift away from an over abundance of candy related punchlines, but still include them since they are interesting. 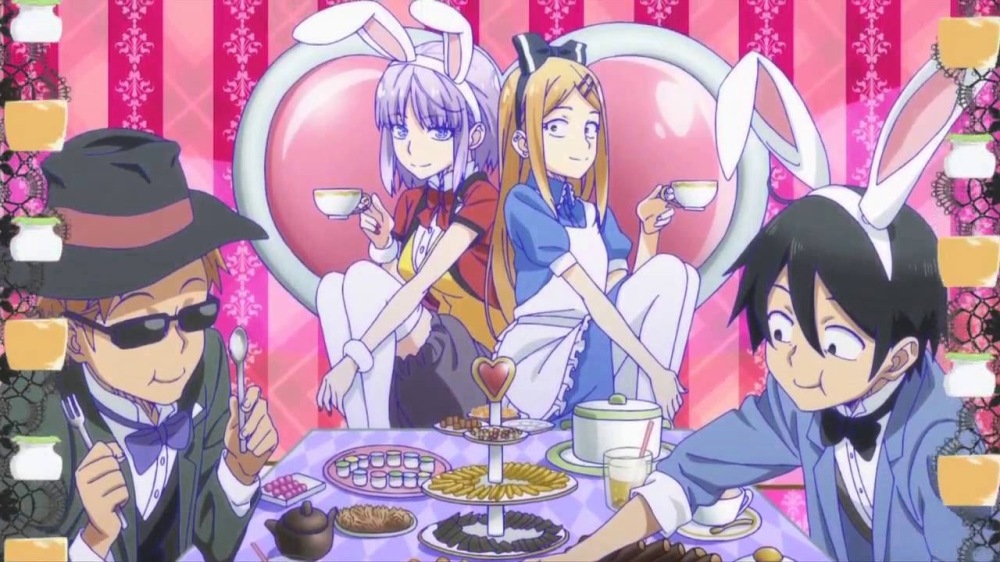 Thank you for reading my blog, I hope you enjoyed it. If you did please consider leaving a like and following my blog for updates on future posts. Till next time.